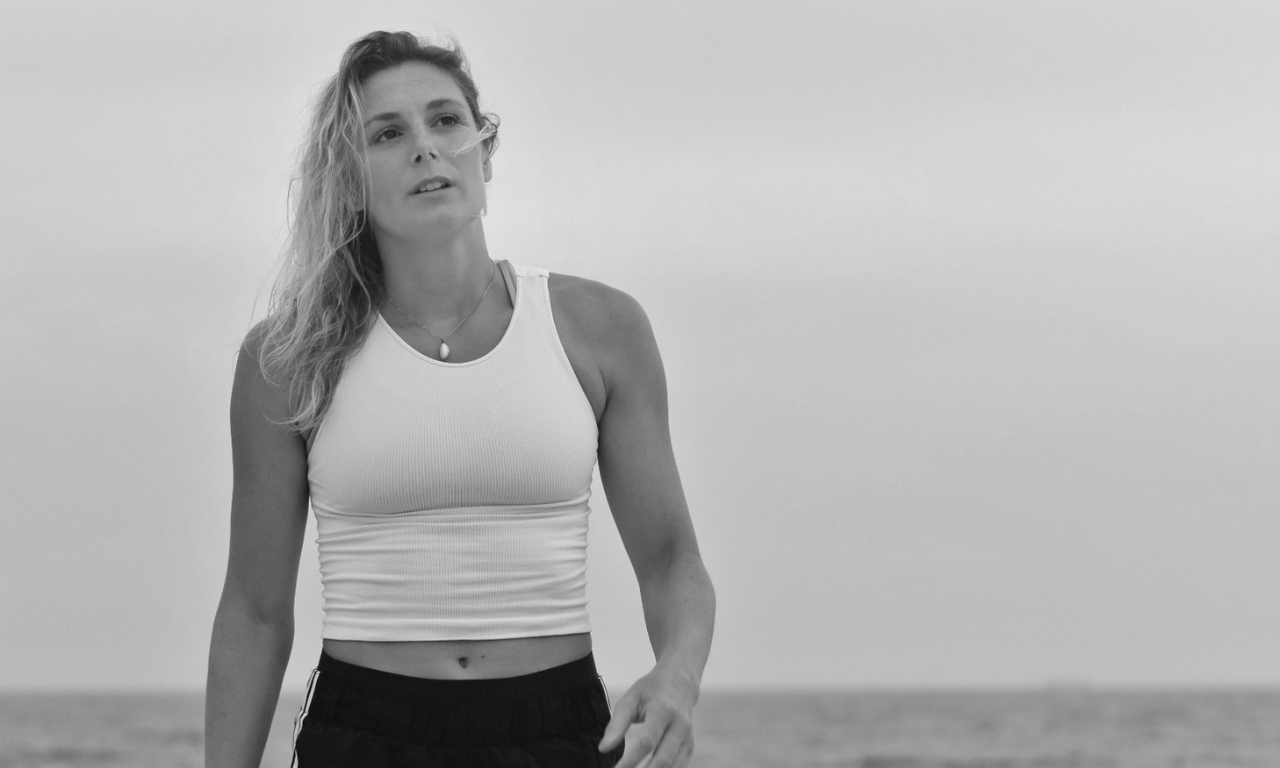 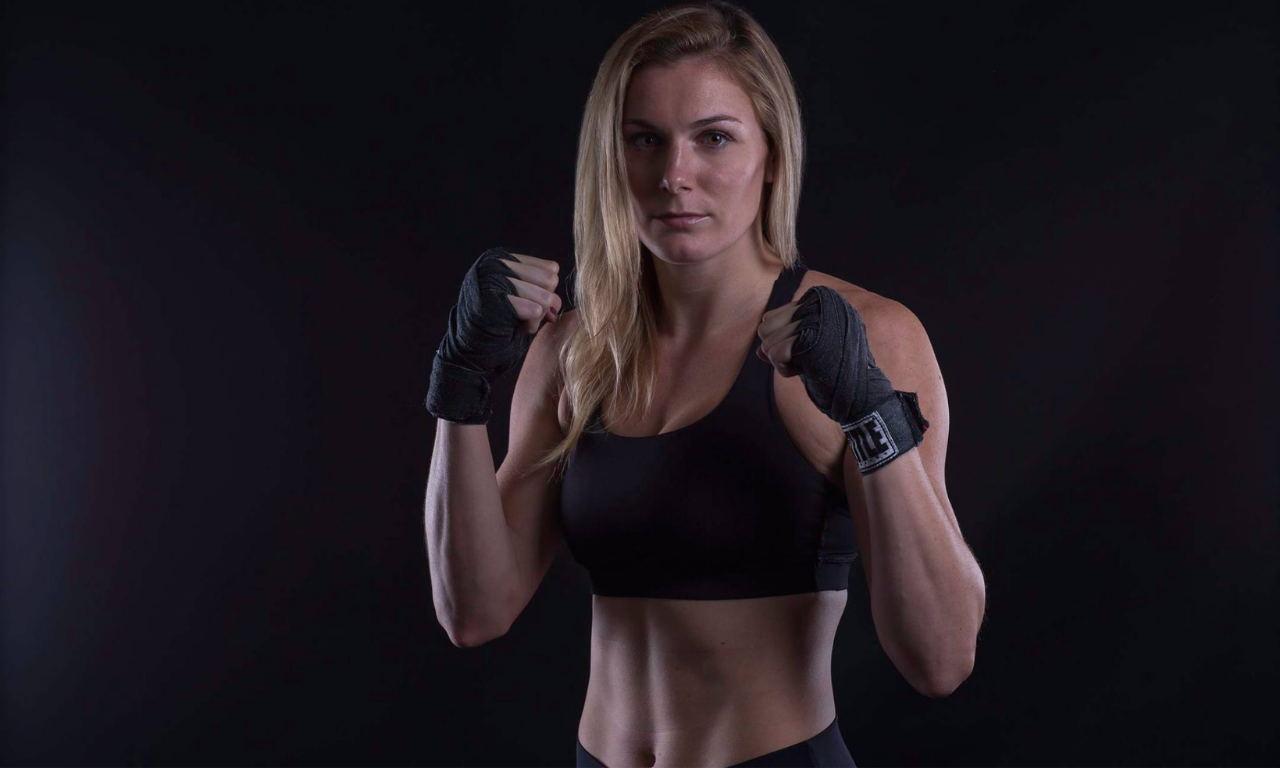 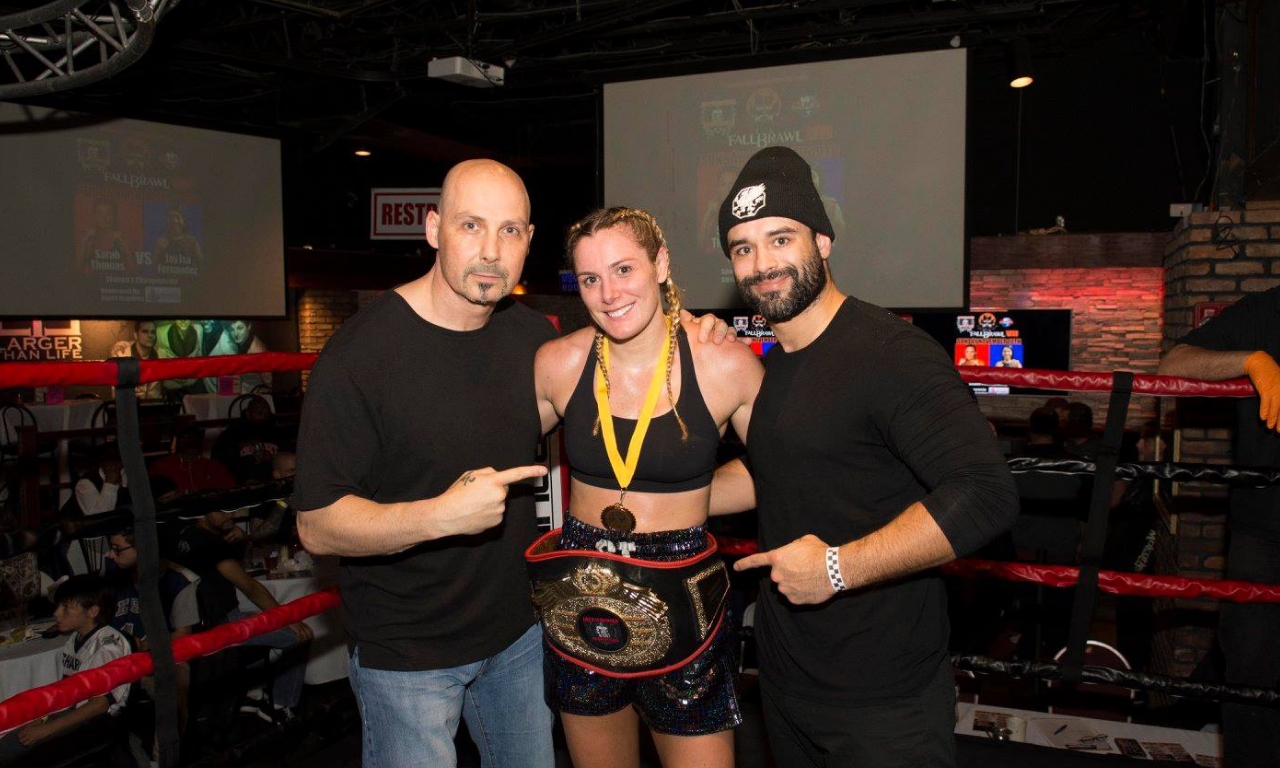 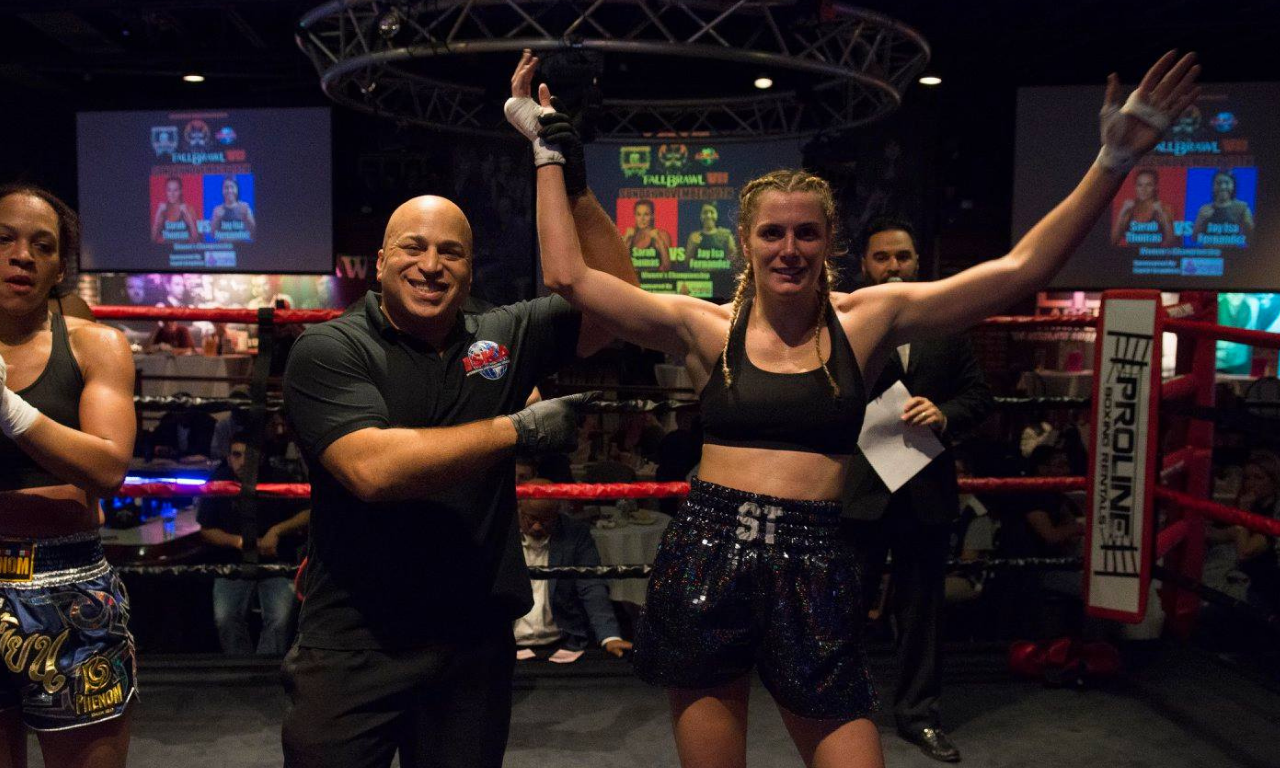 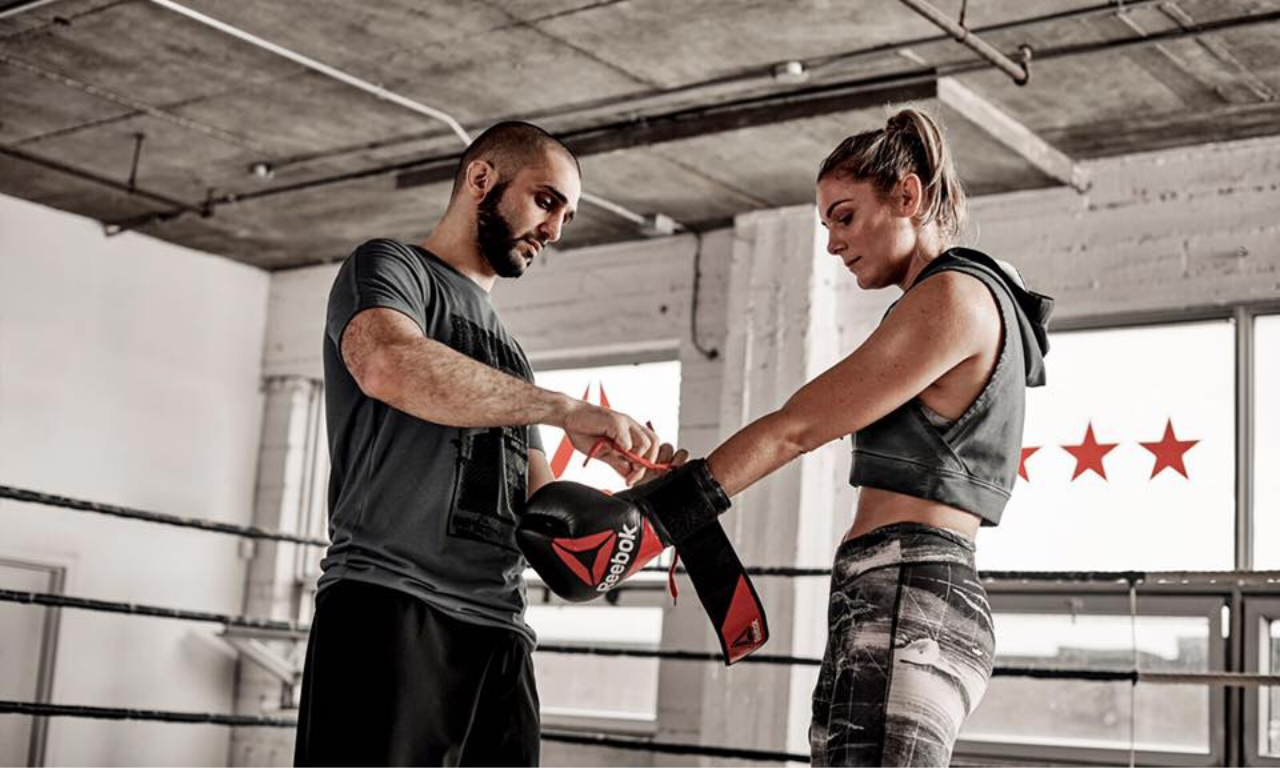 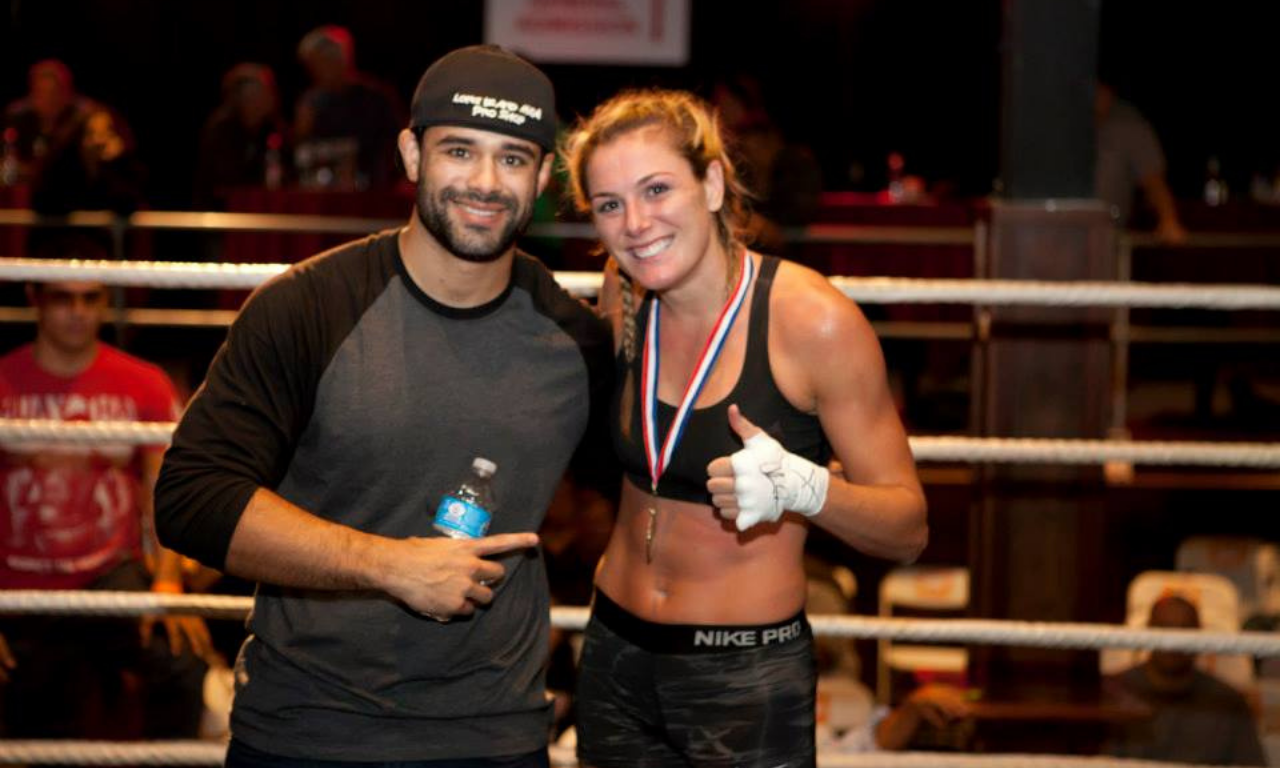 Sarah Thomas could see her future.

She was going to ignore the red flags her body was waving and become a professional boxer. Success would make it easy to hide any issues.

She understood her weaknesses and embraced her strengths as an athlete. Sarah was committed to putting in the hard work and training necessary in a sport where razor-sharp technique, a strong mindset and confidence are vital.

Nothing was going to stop Sarah from achieving her goals. She was used to being athletically superior to her peers. That confidence, coupled with love of the sport, gave her an edge she was certain would pave a road for success.

“Being a professional athlete was the No. 1 priority in my life,” said the 32-year-old Massachusetts native who grew up on Long Island and graduated from Hofstra University. “In the highest moments on paper in my boxing career I was winning at the highest level but I knew I was never training to be a good amateur.

“I didn’t go the Olympic route because I only wanted to be a professional. I was told how good of a professional I would be. I was sparring with very good boxers and I was doing strength and conditioning training with world champions. My ego was being fed for sure. But I also knew what I was capable  of physically and mentally as a boxer professionally.”

Sarah wasn’t just fighting other boxers, though. She was also fighting her body. But she was a pro at that, too. After all, she’s been doing that her whole life.

She was constantly tired and her body was fatigued. She would get fevers accompanied by rashes in different spots on her body and her joints would ache.

Sarah describes it as feeling like she always had the flu.

“I was sick a lot as a kid, more than most of the other kids … like every month. My first real flare-up, though, was in high school,” Sarah said. “I was sick quite often in college as well, and even when I started my boxing career.

“I just pushed it all to the side and kept going. It was when the time between flare-ups started to get smaller and smaller I knew it was more than just being sick.”

Sarah thought it was some kind of flu. She learned to live with it, and only started to look for answers when its impact became more consistent.

That was the beginning of an 18-month odyssey that eventually revealed Sarah has a rare genetic autoinflammatory disorder called Cryopyrin-associated Periodic Syndrome (CAPS). Additional and more detailed testing revealed she also has a second mutation of the rare disorder called Yao Syndrome. 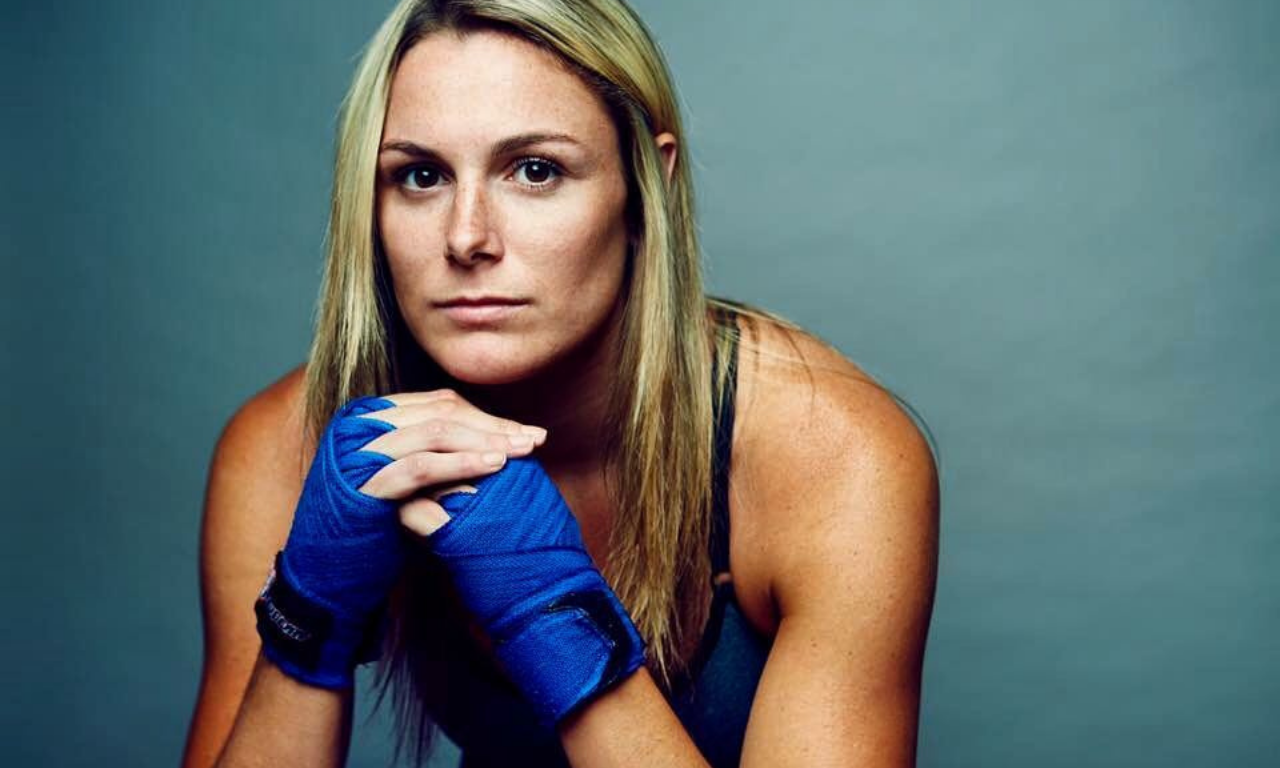 The journey to get that diagnosis was full of physical and mental pitfalls and difficulties. Sarah wanted to know what was going on, but wasn’t willing to let anybody outside of her fiance, Chris, know what she was dealing with. Her strong will and mental toughness - attributes that are part of the reason for her ascension as a boxer - became the biggest stumbling blocks in her quest to find answers.

Cryopyrin-associated periodic syndromes (CAPS) are a group of conditions that have overlapping signs and symptoms and the same genetic cause. The signs and symptoms of CAPS affect multiple body systems. Generally, CAPS are characterized by periodic episodes of skin rash, fever, and joint pain. These episodes can be triggered by exposure to cold temperatures, fatigue, other stressors, or they may arise spontaneously. Episodes can last from a few hours to several days. These episodes typically begin in infancy or early childhood and persist throughout life.

Sarah’s form of CAPS is something she’s most likely had all her life. The episodes increased in consistency and severity at the height of Sarah’s training.

“For me it was all about boxing ... you have to have a really bad memory in boxing. Without consciously thinking about it that was exactly how I was operating. I was constantly putting what I knew was going on with my body on the back burner,” Sarah said. “I was secretly going to the doctors. I would rotate walk-in clinics near me to get tested to make sure I didn’t have the flu and I rotated them so they didn’t think I was crazy. Ego was playing a role in this, but so was my burning desire to be a professional boxer. I was determined to let nothing stand between me and my goals.”

Things took a different turn in 2018, two weeks before a major amateur competition. She went to the bathroom and there was blood. Her gynecologist  said Sarah’s uterine lining was thick and they suspected she might have cancer. Turns out, it was only part of the inflammation related to CAPS. Her gynecologist told Sarah she suspects this is an autoimmune disease.

It wasn’t the last time a doctor told Sarah they suspected she had an autoimmune disease. But they were telling her things she didn’t want to hear. Despite how she was feeling, Sarah not only competed in that tournament in 2018, she won. It was the validation she needed to continue to roll the dice with her health and charge forward with her career.

“Deep down I knew my health was a ticking time bomb. There were times where I felt I was living like I had imposter syndrome. But I was just riding the wave and I tried to project to the outside world that I could beat my health,” Sarah said. “I projected myself as this fully healthy athlete and I wasn’t. And I was afraid promoters or other boxers would find out and would see me as less of a person or boxer. My identity was completely wrapped up in being a professional boxer.”

And because her struggles were becoming more regular, having her identity completely wrapped up in being a boxer robbed Sarah of one of the greatest assets of elite athletes. Her confidence was shaken.

As her body continued to spiral downward, Sarah secretly chased an answer that “would be simple and straightforward and I could take some pill and it would go away” while continuing to train and fight.

While training for another fight in 2019 she fainted and collapsed. Whatever caused that to happen, in hindsight, is directly related to her CAPS. At the time her high blood sugar served as a valid excuse. She even checked herself out of the hospital against the advice of the doctors in order to keep training.

Shortly after blatantly going against the advice of doctors, Sarah’s coach sent her a text that basically said she shouldn’t continue boxing.

“I was SO pissed,” Sarah said. “That same year one of my friends died boxing in the ring and that was on my mind as well and I thought about that scenario for me. I did end up boxing again. I found a new coach. But I was afraid of my old coach telling the new coach about me being sick all the time. I was living a fake life kind of. Then I got COVID-19 and I went to a walk-in clinic and the doctor said the rash was so bad you should go see a rheumatologist.”

If this wasn’t rock bottom for Sarah it was pretty darn close. 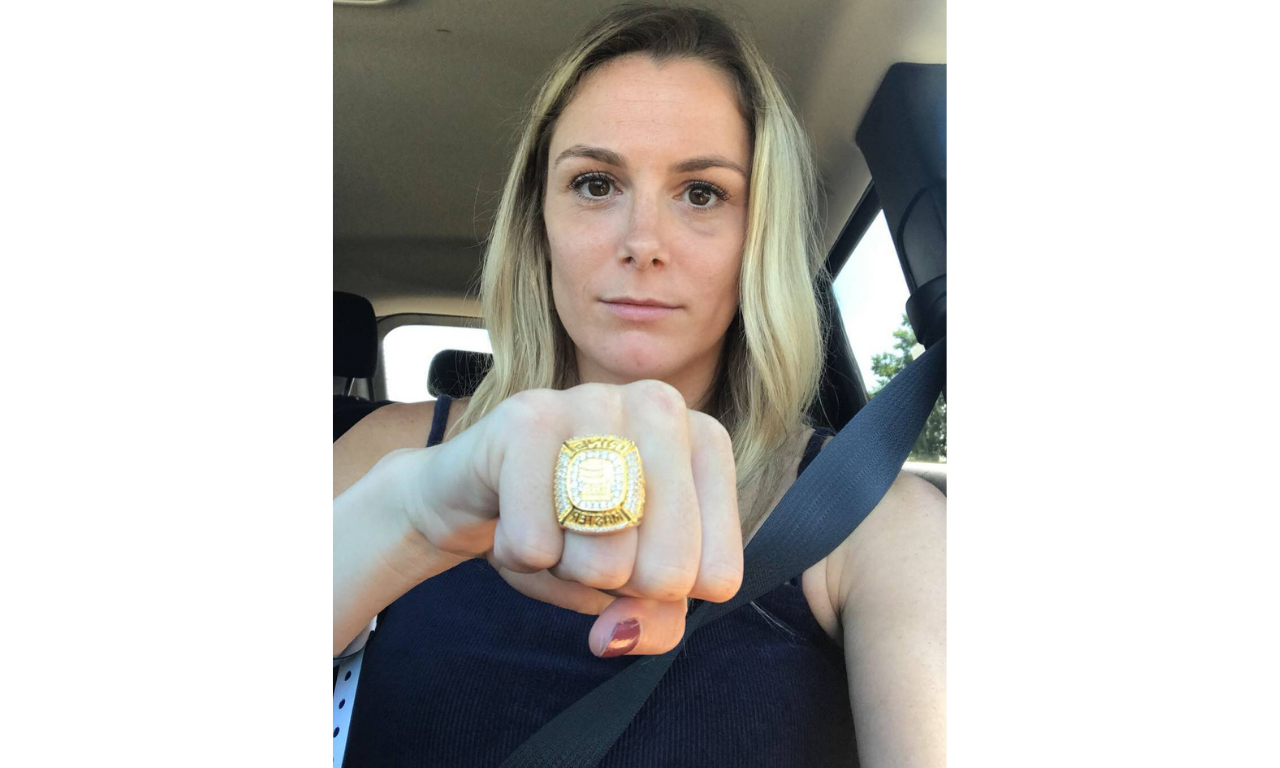 She couldn’t train regularly, she was missing sparring appointments with fighters who had big fights. She felt like a “flake”. Her body was probably at 10 percent capacity to what she needed it to be. Sarah was a physical, emotional, mental and social mess and it led to a couple deep and introspective questions.

“What am I doing? Why am I doing this? That was all I could think about,” Sarah said. “I remember an eye doctor who I saw before about a retina problem I was dealing with telling me a story about a NASCAR driver who now has a false eye because he didn’t pay attention to what he was being told. I wanted to be the best. That’s all I wanted. And I knew that wasn’t possible.”

Finally taking the advice of a doctor, Sarah tried to schedule an appointment with a rheumatologist as soon as possible. Turns out a cancellation with another doctor was the only immediate opening and that appointment was the beginning of a new life for Sarah.

“I made a decision to step away (from boxing) … of course telling nobody anything and watching YouTube videos on boxers who quit and why they did it because I’m nuts,” Sarah said with a laugh. “Then I saw this doctor and it all made sense.

“I felt validation when I got my diagnosis. I’m not crazy. I remember at one point wishing it was something or anything, even cancer. The not knowing part is pretty common for rare diseases, but people have no idea what that does to you. What I do know now is if I kept ignoring this and kept going I would have found out in a hospital bed and would have been really sick.”

The choices Sarah made on her journey to finding answers were steeped in a narrow focus on her goals and the fear of what was going on with her body. Her family didn’t know, the boxing community couldn’t know and she at times didn’t want to know, either.

“I know how isolating this experience felt for me at times. Stories of others going through similar experiences gave me hope. Hope can keep a patient driven to find answers. If I could give just one person hope, then sharing this will be worth it,” said Sarah, who is engaged to be married. “I didn’t really look sick and I didn’t want to disclose what was happening because I didn’t want to be judged. I know that sounds crazy, right? I was so wrapped up in being a professional boxer that the athletic skills and mental attitude I needed to accomplish that took over in all phases of my life.”

Sarah no longer considers herself a professional boxer and not having that as her lone identity has been a refreshing change. Receiving a tangible diagnosis and starting to understand what her future could look like outside of the ring has charted a new life-course for her.

“I’m much more self-aware and discovering more about who I am as a person. This has made me think more about relationships than I ever did. I also have a different understanding of the perspective of other people, which has allowed me to better share and explain my story,” she said. “I still have worries, though. I think about mortality more, I worry about kids and passing this gene on to them and I worry about being a burden to people. But I’m learning that a lot of people with my rare disease feel that way and sharing our physical and emotional stress is very important.

Sarah can still see her future. It just looks a little different today.