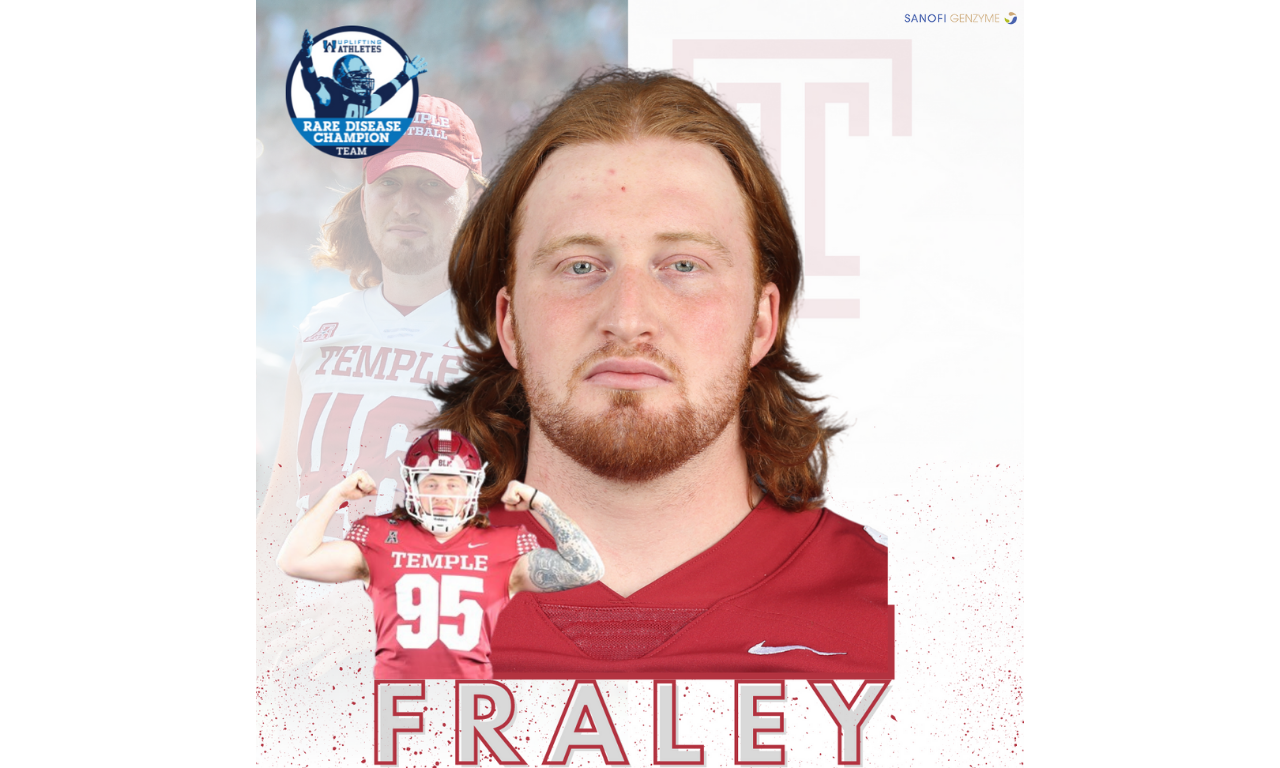 Get To Know Sam: The fact Sam is playing college football is a testament to his drive and determination. Nearly four years ago, as a senior in high school, Sam was overcome with what a neurologist diagnosed as Guillain-Barre Syndrome, a rare disorder where the body’s immune system attacks its own nerves. … In addition to battling through months of treatment and rehab for his GBS diagnosis, Sam also had to deal with the grief associated with the devastating loss of his father to pancreatic cancer. All this left an incredible mental burden for Sam to deal with. … Sam spent the first two years of his collegiate career playing at the junior college level at Foothill College in the San Francisco area, where he played linebacker and long snapper. He was a team captain and two-time scholar-athlete before he walked on as a long snapper at Temple in the summer of 2020. … The American Athletic Conference All-Academic Team selection has spent the last two seasons with the Owls.

From the moment Sam Fraley was diagnosed with the rare autoimmune disorder Guillain-Barre Syndrome during his final weeks of high school, he could not get the ticking clock out of his head.

Two month prior to falling gravely ill and being diagnosed, Sam’s father Gerry was told he had pancreatic cancer. Sam was getting bombarded on two fronts - physically and mentally.

And that clock, he couldn’t get it to slow down or go away. It overwhelmed him. Yet he pressed on because that’s what athletes do.

Sam slowly recovered from the attack that damaged his nerves caused muscle weakness and paralysis and went right back to his original plan, to leave California for the University of Texas to be closer to his dad and begin the grind toward obtaining his degree.

“From the day I got sick I had this overwhelming feeling that I can’t fall behind. I went to UT and physically by then I was fine but I was nowhere near mentally ready to be in college,” Sam said. “When I talk about GBS and a rare diagnosis nobody knows what you are talking about. You recover physically, but recover how? I have neuropathy in my feet and hands every day of my life, my speech is different and I’m different.

“I didn’t really think about that, how this would impact me. I felt derailed and wanted to get back on track. That’s all I could think about. Needless to say, that didn’t end well for me.”

Sam was different physically, mentally trying to eliminate the clock and come to terms with his new reality and his Dad was struggling. He was lost and was looking for an outlet that would help him physically and mentally.

He went back to football. Sam found a mentor and willing partner in assistant coach Matt Raivio at Foothill College back home near San Francisco. Coach Rav as Sam calls him had recruited Sam and his fraternal twin brother Tyson out of high school. Sam left UT on a Saturday and on Sunday he was sitting in coach Rav’s office.

Sam was less than a year removed from recovering from GBS, was just beginning to learn and understand his new normal and two days after leaving UT he was working out with a JUCO football team.

“That first workout was scary, embarrassing and hard. I was gassed and had to tap out. Coach Rav told me don’t worry about anything, just take it at my pace and do what I need to do,” Sam said. “I never had to tap out again, but it was hard that first year. It was very humbling and I wanted to quit a couple times and Coach Rav talked me off the ledge.”

So why does a guy from California walk on at Temple to be a backup long snapper and take a shot? For Sam the answer was his late father, Gerry.

Gerry was a sportswriter by trade. He grew up in Florida, has family in Pittsburgh and graduated from Carnegie-Mellon University. One of his first jobs was in Philadelphia working for the now-defunct Philadelphia Bulletin.

Sam was contemplating giving up on football because recruiting during his window of transfer opportunity was tough with COVID-19. Gerry had lost his battle to pancreatic cancer and Sam was still grieving and felt it would be a good thing to finish school in a city that was important to his Dad.

“I know my Dad would have enjoyed me being here. It’s been great for me, too. I had some offers at other schools, but I was drawn here because of him,” Sam said. “I just figured it was something I could do for him and maybe it would help me and it has. I haven’t played a lot of suited up much, but I play scout LB in practice and work on getting better as a long snapper and I very much feel a part of the team. And that connection to my Dad … I don’t know how to explain it but I feel it here.”

“Having a rare disease can be so difficult and lonely. Find those around you who you know will breathe strength and life into you. Because you are going to need it. What I’ve gone through has been valuable to me and I don’t think I would change a lot. I was so lucky in so many ways. Recognize what is going right. If I had this small of a chance of getting sick like I did, then I had to have a lot less of a chance of recovering and getting to where I am today.”