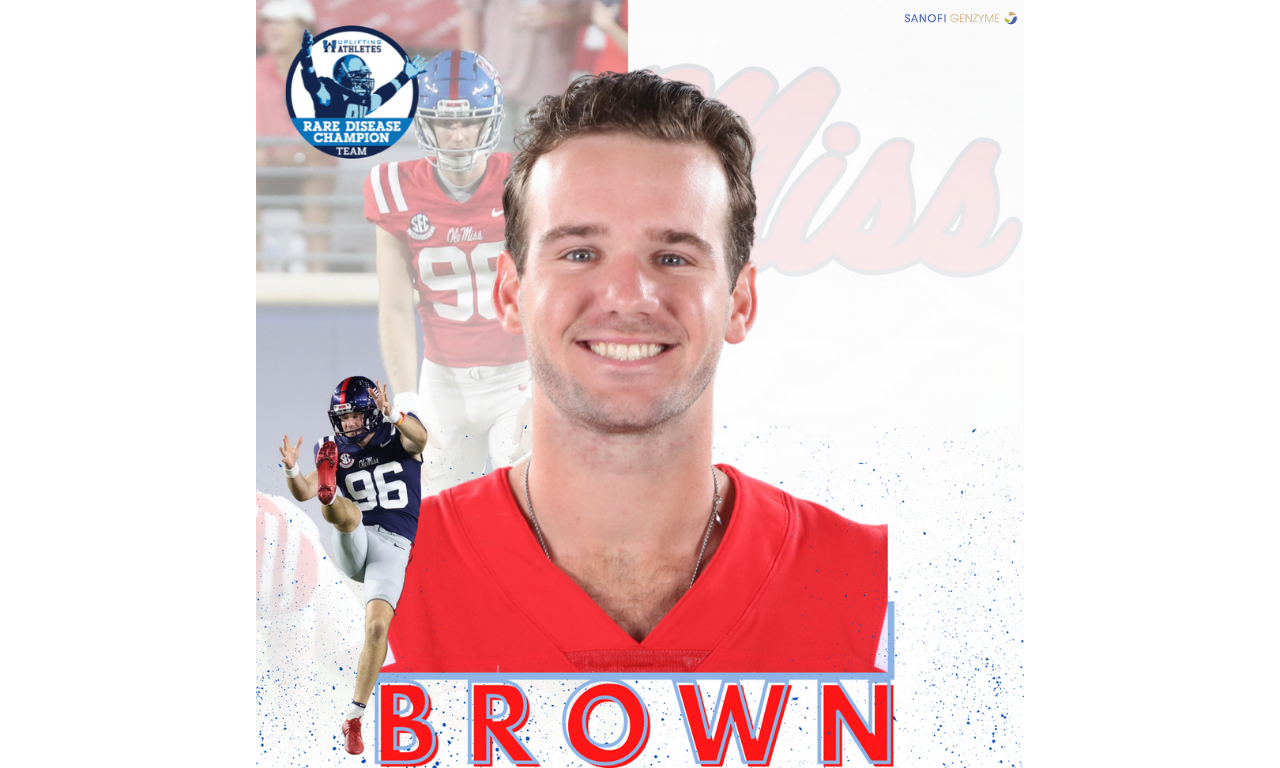 Get To Know Mac: When he was in seventh grade Mac started a fundraiser called Awesome Lemonade Stand to support ALS, ​​a debilitating rare neurodegenerative disease, in honor of Michael Brandt, the Dad of a childhood friend. … When Mac started the The Awesome Lemonade Stand fundraiser 10 years ago, he had a modest goal of raising $500. That $500 goal has ballooned to nearly $150,000 in total raised by Brown and his friends and family for ALS research. The event is held annually in June in Mac’s hometown of Eden Prairie, Minnesota and the 2021 fundraiser raised nearly $45,000. .. Mac was chosen as one of 22 players for the 2021 AllState Good Works Team, has been a Wuerffel Trophy semifinalist each of the last two years and in 2020 was named to the SEC Football Community Service Team … On the field, Mac has appeared in more than 50 games for the Rebels since 2017 and handled the bulk of the Ole Miss punting duties the last four years. The former walk-on from Minnesota averaged 46.6 yards per kick in 2020. This season he averaged 45.1 yards per punt for the 10-win Rebels with 40 percent of his kicks being downed inside the 20. He also had two tackles in the regular-season finale against rival Mississippi State.

The answer to Mac Brown’s why is simple. Michael Brandt, the father of a childhood friend, opened up a whole new world for Mac in terms of helping and serving others.

When Mac was in seventh grade, Mr. Brandt was diagnosed with ALS. Growing up, Mr. Brandt was one of those friend’s parents who had a positive and lasting influence on Mac.

Watching Mr. Brandt and his family battle this crippling and debilitating rare disease was difficult for Mac. He felt compelled to do something. Drawing on his vast fundraising experience of selling lemonade to raise money in second grade, Mac and his family created the Awesome Lemonade Stand.

“Mr. Brandt was one of those guys who was always there. He was an awesome man,” Mac said. “Watching him and his family struggle really opened my eyes to this disease. It really impacted me. I was at the right age where I could do something to help so we had this idea to raise money to support their family.

“We always offered the money we raised to the family and Mr. Brandt always turned it down and told us to donate it to support ALS research. I mean, talk about having an impact. That really motivated me.”

“It was instilled in me by my parents to give back. It’s just part of who we are as a family. My older sister, Bailey Brown, has really helped take this to the next level. She’s the backbone and my parents help out as well,” Mac said. “It’s grown to be so much more than a quarter on the street thing in our community.”

Earlier this year, for the Mississippi State vs. Texas A&M game, the Awesome Lemonade Stand made an appearance at The Grove - a 10-acre tailgate area in the center of the Ole Miss campus - for the Rebels home game and Mac used his platform to get people involved by wearing sunglasses and throwing shade at ALS on social media.

Mac was able to get some sideline passes in The Grove for supporters and he met them prior to kickoff. With an Integrated Marketing and Communications degree already secured, Mac is working on his MBA and has plans to continue to grow and expand his support of ALS through the Awesome Lemonade Stand.

“To see all that happened with the Texas A&M game was so cool. To create change like that, to me it’s just another step forward,” Mac said. “I want to make this a nationwide thing. There are so many areas where we can change things to help those with ALS. I’m excited about the future.”

“I always said if I ever played college football, I would use my platform to help others. I realize the platform we have as athletes and it’s easy for me to help others and I know it goes a long way. Our motto through the years has been ‘let’s make a difference together.’ We are in this together and I’m not going to give up or stop because together we are making a difference.”