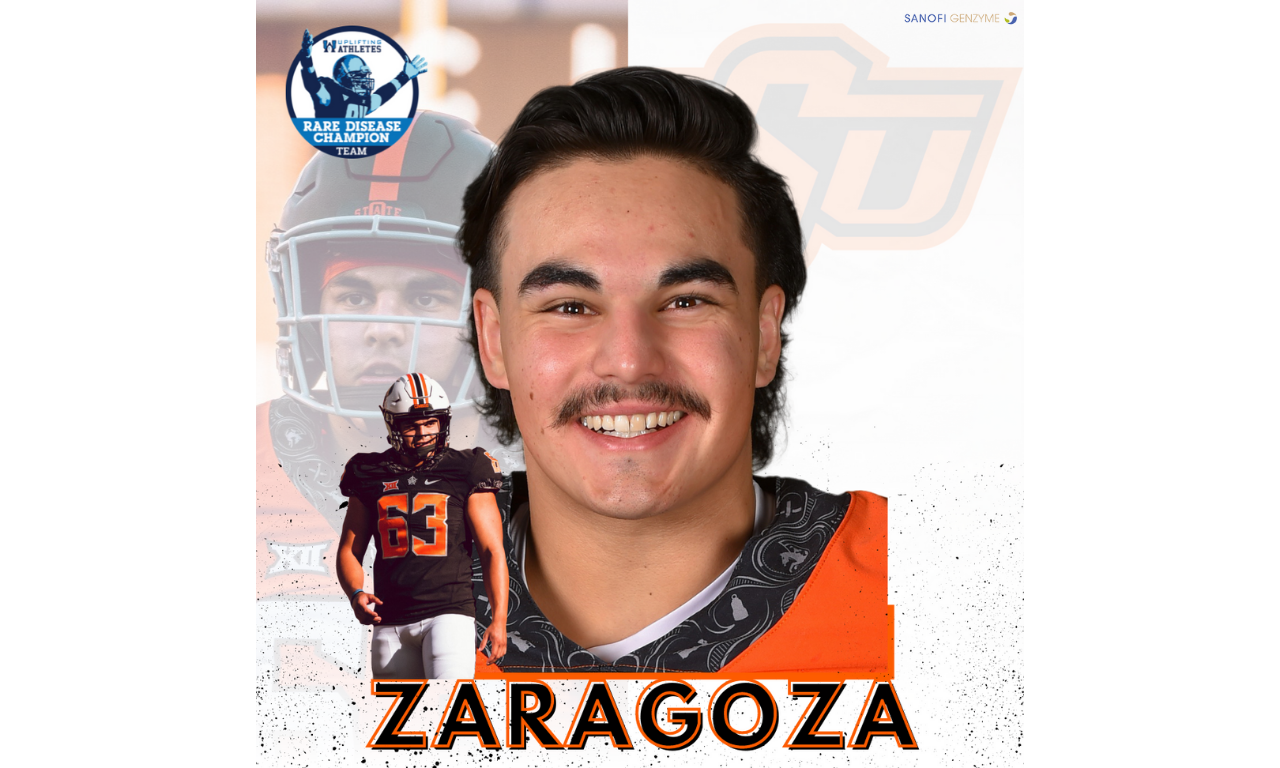 Get To Know Zeke: At the age of 3, Zeke was diagnosed (by a team of 25 neurologists) with opsoclonus-myoclonus syndrome (OMS), an extremely rare disorder of the nervous system that affects just one in 10 million people annually. Zeke was confined to a wheelchair and doctors told him he would never be able to even ride a bike … Zeke’s parents opted for an extremely aggressive and complicated treatment which, over the course of several years, brought his rare disorder under control by the age of 7 and Zeke got to start playing football when he was 10. … Today, he uses his amazing story of perseverance as a platform to raise awareness for the cause and to find other patients with the same extremely rare syndrome. … Zeke started his collegiate career with a commitment to Dordt College, but moved on to the junior college level to play at San Bernardino Valley College. ... Had a successful JUCO career, snapping without incident and receiving first team honors on the All-California team in 2019. ... Received several scholarship offers at lower-level schools, but chose to become a preferred walk-on at Oklahoma State. He made his FBS Power-5 debut for the Cowboys in 2020 against Kansas, executing a perfect snap on a 24-yard field goal and has been their No. 2 long snapper for the past two seasons.

When Zeke Zaragoza was diagnosed with the extremely rare nervous system disorder opsoclonus-myoclonus syndrome (OMS) at the age of 3, the entire landscape of his future changed in an instant.

His initial prognosis was limiting at best. He would require intense and long-term treatment that might or might not work. Layers of treatment over the course of years.

“My parents did a very good job of explaining everything to me over the years when I was getting treatment about what was going on, and I still have some very vivid memories of what I went through,” Zeke said. “I had Steroid shots in my thigh for two years. For the IVIG treatment, I went in monthly for two years. There was a round of chemotherapy and then physical and occupational therapy for two years. It was very aggressive and I was so scared. For some of it they had to tie me down because of what was going on with my body.”

After all that, Zeke was declared in remission by the age of 7 and was free and clear to live his new normal. The aggressive treatment plan had worked.

The Zaragoza’s are a baseball family. And Zeke played baseball, but was drawn to another sport. He wanted to play football.

“I burned out on baseball. Took a break from sports all together for a small window. Then in fifth grade I asked my parents if I could play tackle football,” Zeke said. “My doctor had to approve it, of course, and he gave me the approval. He was a little stunned at how far I had come. I was hooked.”

Zeke played one year of tackle football, then two years of flag football in middle school. By the time he entered ninth grade, the itch to play football was very strong. The brotherhood of the team, the sport and all its challenges had sucked Zeke in and he was hooked.

After high school, he went to a small private NAIA school, then honed his skills as a long snapper in junior college at San Bernardino Valley College. He was ready for the next step, but a transfer to a Power 5 school was not on his radar. He had offers from Sacramento State and Utah State, then his phone rang one day and it was Oklahoma State offering him a preferred walk-on spot with the Cowboys.

“Shocked is a word that comes to mind when I got that call. It literally came out of nowhere. It felt good, because I love the game and have overcome so much,” Zeke said. “What helped me the most through JUCO and here at Oklahoma State is no matter how hard it gets or how tough it might seem, nothing compares to what I’ve already endured. I know in my mind, no matter what, I’ve been through worse. That’s a game changer, I think.”

“I’ve never had a problem sharing my story. My mom always pushed me to do it. The thing I needed to learn and understand by telling my story was how big and inspiring it might be for others. I have this platform and I’m inspired to meet other OMS warriors out there. We are all different, but we are all the same. You have to work and grind, have faith. Having Hope is so important. Don’t listen to what I say, look at what I’ve done.”