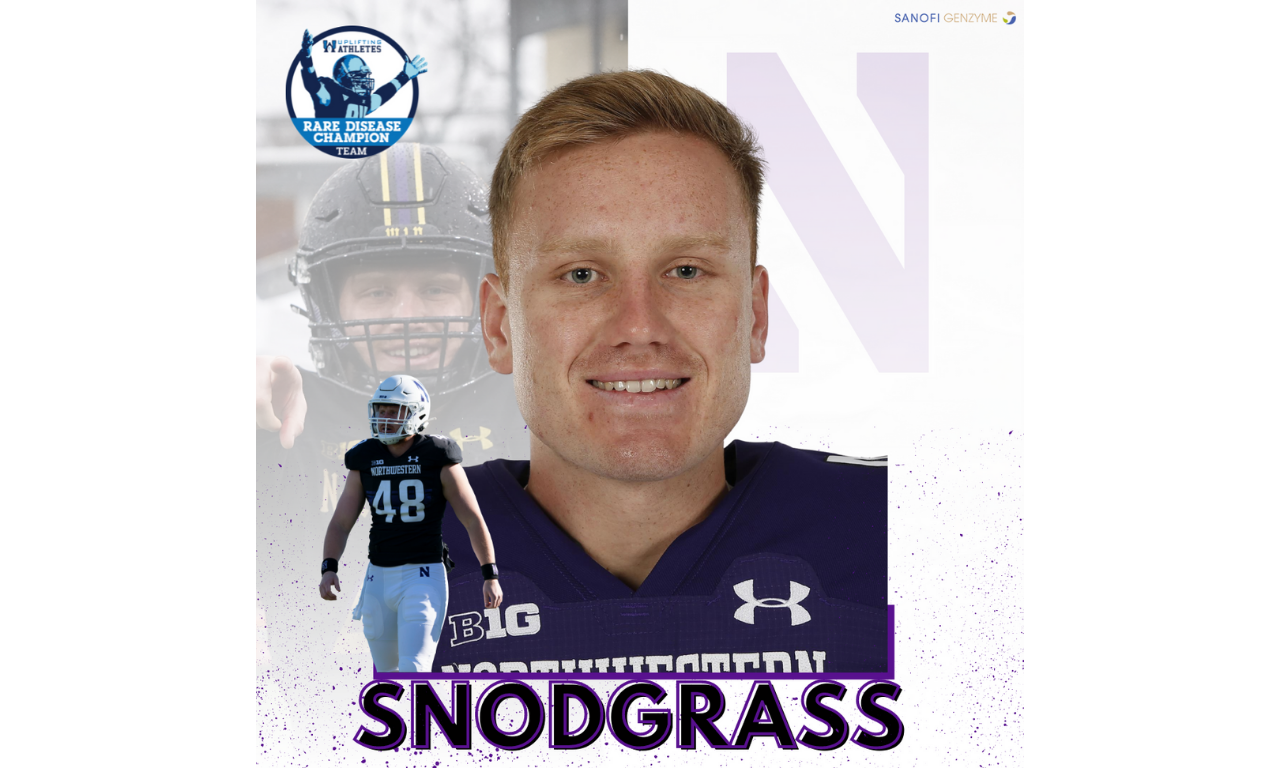 Get To Know Peter: For three years Peter has been inspiring the Rare Disease Community in a leadership role of the Northwestern Chapter of Uplifting Athletes. As the Chapter President, Peter has gone above and beyond expectations to create a deeper connection between student-athletes and those impacted by rare diseases. … Peter opened the door for more than 30 members of the Rare Disease Community to attend two Wildcat games, and helped recruit a record number of Northwestern NFL prospects to participate in the Reps For Rare Diseases campaign. … Additionally, Peter played a significant role in helping a rare disease patient reach beyond her mental and physical expectations to hold her own Press4Hope event inspired by Northwestern’s Lift For Life. … Peter made his collegiate debut as a long snapper for the Wildcats in 2019 and has been a regular on special teams for the Wildcats for three seasons, ascending to the role of full-time starter this year. … Peter played an instrumental part in the Wildcats team adopting a We See You, We Hear You, You Matter mentality to directly communicate with people impacted by rare diseases enabling positive and meaningful change. … An Academic All-Big Ten honoree multiple years, Peter earned Big Ten Distinguished Scholar recognition for 2020-21.

Growing up Peter Snodgrass learned through his parents the value of helping and serving others, embraced that mindset during his teenage years and was ready to take another step forward when he arrived at Northwestern.

Peter didn’t have a connection to the rare disease cause, but when an opportunity to impact and give back to an underserved community presented itself, it struck a chord with him.

As a walk-on long snapper from California taking his shot at playing Big Ten football, Peter knew he had a long and difficult road ahead to fulfill his dream of being a starter at an FBS Power-5 school.

As a freshman in high school Peter was honored with the President’s Gold Award for performing 100 hours of community service. He earned the prestigious Eagle Scout Award, as well. He was set up for success when he arrived at Northwestern five years ago.

When Peter learned about the Wildcats Uplifting Athletes’ chapter and their cause, rare diseases, he saw an opportunity to use the tools he had equipped himself with growing up.

He took on a supporting role to start learning the ropes, then moved into the role of Chapter President. It’s what plenty of student-athletes do nationwide. What sets Peter apart is the passion he developed for the cause and the leadership he showed, going well above and beyond to impact people and patients in the community that makes him stand out.

“I was privileged growing up, so my folks always made sure I knew everybody wasn’t always on the same playing field,” Peter said. “They taught me that when I’m in a position to help others, I should do that. I learned how to be a servant leader.”

In the last 12 months alone, Peter has helped put all the pieces together for more than 30 members of the Rare Disease Community to attend a pair of Northwestern games. He engaged and encouraged his teammates to do their part by getting a record number of NFL prospects to support the cause through our Reps for Rare Disease campaign. He encouraged one rare disease patient to believe she could reach well beyond her expectations and helped her achieve success by holding her own Press4Hope event. He also played a role in the Wildcats players adopting a powerful and impactful We See You, We Hear You, You Matter mentality to directly communicate with individuals in the community.

“One of the biggest things about all this is it has helped me put into perspective about how I want to live my life and how I want to spend my time. The impact on me is real,” Peter said. “There’s so much more to life than football and school. With how fast-paced life is sometimes we can miss what’s really important. Engaging with this community taught me to slow down and recognize what is really important and why it matters.”

“I feel like a lot of rare disease patients I’ve interacted with, they have this feeling of lost or hopelessness and being swept under the rug and nobody is hearing them. I want them to know there are people who have no connection to a rare disease or them who really do care and you are 100 percent not alone. We are here and we care. You are not alone. I think that’s such a powerful thing to be able to show and share with someone.”